Here is the much anticipated update on the job situation. Over the past few weeks, I had steadily written off Nielsen Media Research as an option for employment. Despite telling me repeatedly that I would be informed of their decision either way, I have not gotten a response to my most recent attempts to contact them. I have now moved on and began pursuing other options.

Just a week ago, I had an interview with the post office in Oregon City. I was one of six who interviewed for reportedly five open positions as rural carrier associates. This means that I am basically a sub for the full time rural carriers. As a policy, they only guarantee one day of work every two weeks. From the sound of things, they really need the help, so the potential for two to four days of work per week does exist. I'll have to be chosen, trained and put to work before I know for certain how that will play out. There are no benefits offered and I get to use my own car. Once I work for them for a year, then I am eligible for full time rural carrier work pending seniority and if a position had opened up or not. The quickest that has happened at this post office is about 3 1/2 years. So, it'll definitely take some commitment on my part. Only time will tell....

Meanwhile, I have pretty much nailed down a part time job to keep me busy in the mean time. It is as a delivery person for a company called Clowns Unlimited ( www.clownsunlimited.com ). For now, I'll be delivering inflatable bouncers, slides, obstacle courses, etc... for picnics, birthday parties, and other events. The Portland office is just over a year old and growing rapidly, so there is potential for full time employment there someday, perhaps in 6 months or so. I am going in to work for them on Friday and Saturday just to see how I like the work and then settle into it a bit more permanently. I'll have to keep you posted on those adventures.

The real trick will be to see how well I can balance both jobs, assuming I get the postal gig. There is a good chance that both will require weekends, but the post office pays more. Thus, if I have to choose between one or the other, the post office is definitely going to be the way to go. We shall see.
Posted by Andy at 2:20 PM No comments:
Email ThisBlogThis!Share to TwitterShare to FacebookShare to Pinterest

Taht was vrey iretsenntig, Bteh! Tknahs for sihrang it!!
Posted by Marie at 10:27 PM No comments:
Email ThisBlogThis!Share to TwitterShare to FacebookShare to Pinterest

I was so astounded by the following that I just had to share it with you all:

I cdnuolt blveiee taht I cluod aulaclty uesdnatnrd waht I was rdanieg. The phaonmneal pweor of the hmuan mnid! Aoccdrnig to a rscheearch taem at Cmabrigde Uinervtisy, it deosn't mttaer in waht oredr the ltteers in a wrod are, the olny iprmoatnt tihng is taht the frist and lsat ltteer be in the rghit pclae. The rset can be a taotl mses and you can sitll raed it wouthit a porbelm. Tihs is bcuseae the huamn mnid deos not raed ervey lteter by istlef, but rtaher the wrod as a wlohe. Such a cdonition is arppoiately cllaed Typoglycemia :)-

Amzanig huh? Yaeh and yuo awlyas thought slpeling was ipmorantt.
Posted by Beth Twist at 8:27 AM No comments:
Email ThisBlogThis!Share to TwitterShare to FacebookShare to Pinterest

I think that I am carrying a Monster!

The faint white circle on the top right is the yolk sac again. Amazing how much size difference a few weeks can make, huh? Baby is on its side facing us- it is easy to see the skull structure, with eye sockets and the jaw/mouth. Its hands are up by its face, and elbows by its big fat belly (like Wallace saying "Cheese, Gromit!"). The heart rate is seen to the left in the midst of the squiggly lines- 158 bpm. The best part about this particular ultrasound was that I got to see Baby dancing all over the place, groovin' to its own beat. :)
Posted by Beth Twist at 11:02 AM No comments:
Email ThisBlogThis!Share to TwitterShare to FacebookShare to Pinterest

Most of you have seen this photo already. For those that haven't, the little white circle to the right is the yolk sac- at the time, the baby was still getting most of it's nourishment from the sac and not from me. The baby's head is to the right and body to the left.
Posted by Beth Twist at 10:57 AM No comments:
Email ThisBlogThis!Share to TwitterShare to FacebookShare to Pinterest

Hi all! Is anyone there?

Since none of you are posting anything here, I wonder if you ever look at this site. Please at least put in a comment so I'll know if I'm wasting my time writing to you here. I look here often to see if any of you have left a message, but alas! It's always my last message!

Its strange and quiet here without Daddy around. I guess its always fairly quiet – probably strange too, right? But I’m keeping busy with one thing or another. Last night I went to a home school program of several kids from our church. It was really cute. They did a Veggie Tales play – “Where’s God when I’m scared?” and Daniel in the Lions’ Den. Fun!

Wednesday evening I went down to Roseburg with a couple of people and picked up Barby’s mom and went to a meeting about the Oasis products that I’ve been using and promoting.

Tomorrow I’m going with the singles’ group from our church to the Rose parade in Portland. We leave at 6:30 in the morning and will probably be back home by 4 or so. I was just invited yesterday, and it sounded like fun.

I don’t know what I’m doing on Sunday other than going to church. Monday and Tuesday I work, and Tuesday night I’m going to Kim and Andy’s and will stay there overnight. Wednesday evening I’ll go to Kathy’s in Centralia and on Thursday I’ll go with her and her senior citizens on a trip they have planned (can’t remember where they’re going). I’ll spend Friday with Kathy, and then come back home on Saturday the 18th. Your Daddy is coming home that day too for a few days. That evening there is a family barbecue at Dave and Lisa’s for Tate’s graduation (he actually graduates tonight).

Timmy moves in with me the week of the 20th (Daddy and I may be going down and helping move things on the 20th before he goes back to tractor driving). Then maybe Timmy and I will visit Joann that next week-end.

I love you all and hope to hear from you soon.
Posted by Marie at 8:58 AM No comments:
Email ThisBlogThis!Share to TwitterShare to FacebookShare to Pinterest
Newer Posts Older Posts Home
Subscribe to: Posts (Atom) 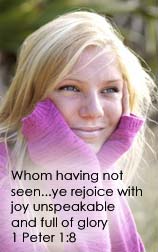